HOUSTON – Imagine spending 45 days cut off from the rest of the world, missing big events such as the Super Bowl, the Olympics and the rodeo.

Four people, who met shortly before the study began at NASA’s Johnson Space Center, are living in a 2 1/2-story habitat for a month and a half.

It’s a mission to an asteroid without leaving Earth.

Who are these people?

One is from Houston. Three are from out of state.

“We look for people we consider astronautlike. So, a specific age range between 30 and 56, they need to have an advanced degree in some STEM field or requisite work experience or military experience,” Lisa Spence, project manager of Flight Analogs Project in the Human Research Program at JSC, said.

Where do they live?

Their home is a 2 1/2-story cylinder. It’s located in a quiet, giant warehouse at NASA. The bottom level is the laboratory.

“The second level that you see the stairs leading up to, that’s what I call the living area. It’s your combination kitchen/dining room,” Spence said.

The third level contains the private sleeping quarters. Each room is about the size of a small tent. That sleeping area, as well as the hygiene module, are the only private areas.

“We sort of don’t want them escaping into their own private world. That’s not what we’re trying to do with these types of missions,” Spence said. 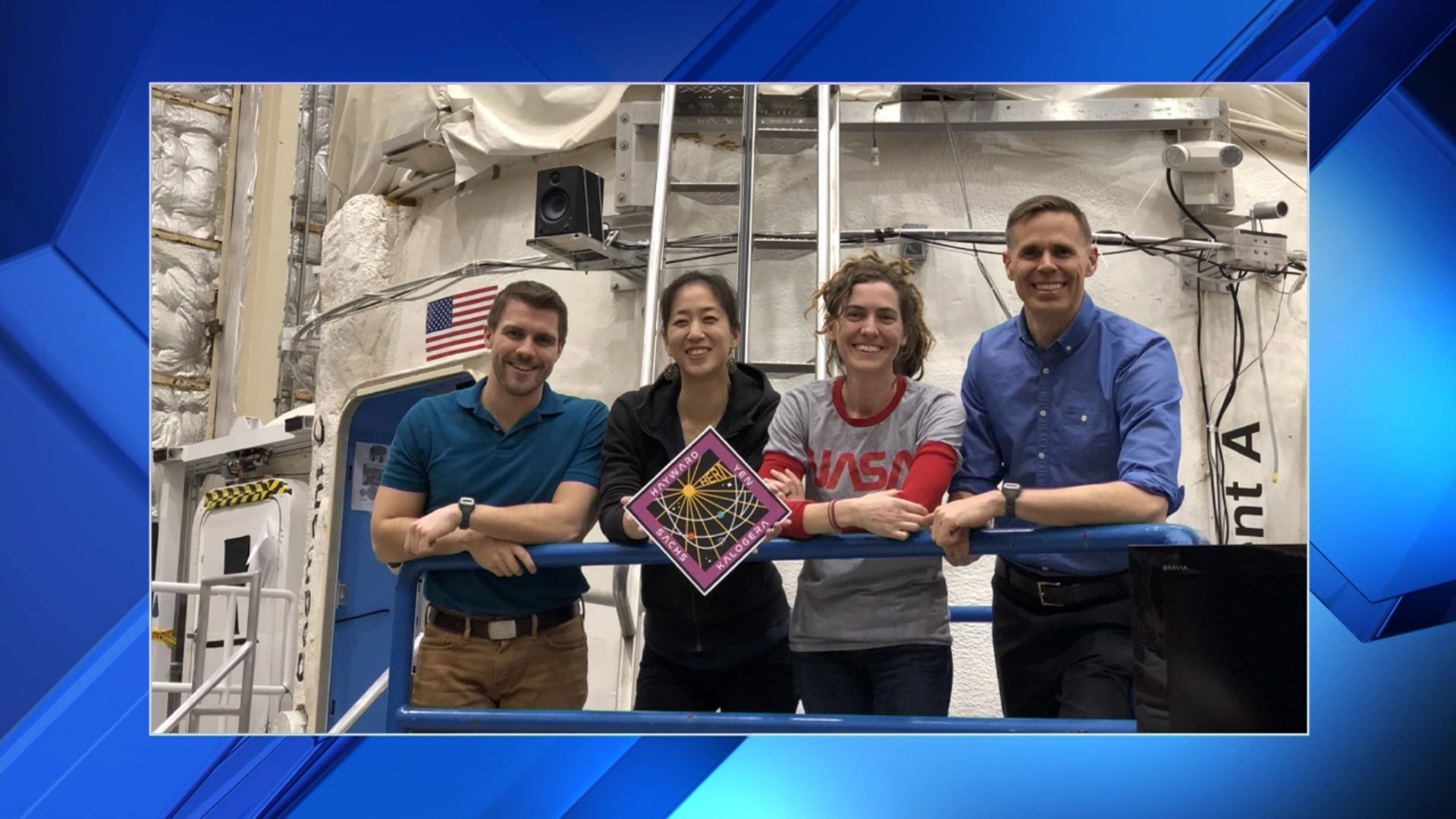 How does the crew communicate with the outside world?

There is very little communication with the outside world. There is no internet and no texting, but there is a scheduled, short period during which the participants can  call family each week.

“This is a good opportunity for us to study the humans and how they interact and how they deal with this long-term isolation and confinement,” Spence said.

Why does NASA conduct this study?

“We’re trying to figure out how best we’re going to be able to select the right people who have the right stuff to do those missions,” said Spence. “What we’re really looking at is how does this type of environment impact people from the standpoint of behavioral health as well as, you know, their performance characteristics as well as some of the physiological attributes.”

NASA has all of the information on the program as well as the latest crew here.