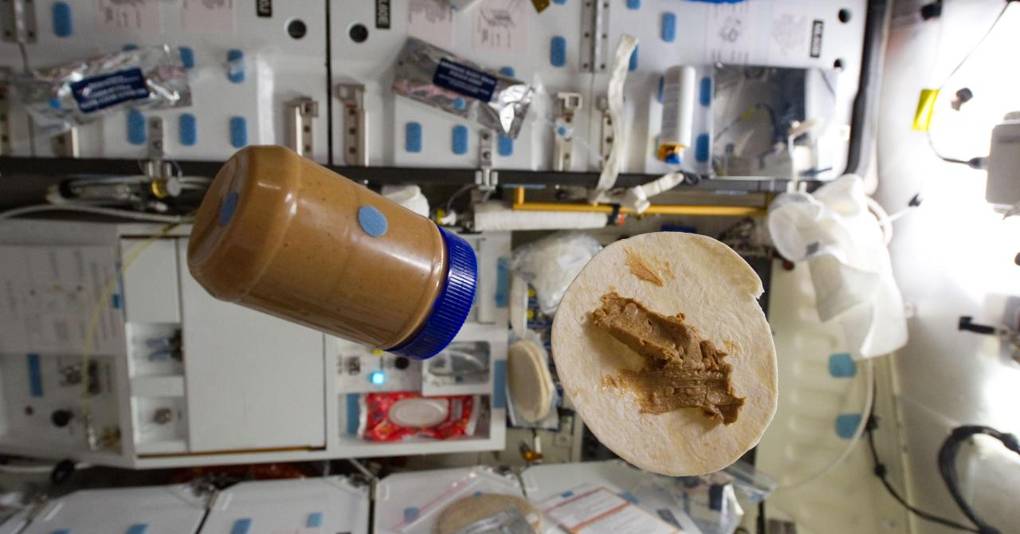 In space, tortillas are a deeply sought-after food. The anonymous journals of astronauts, which detail their most private thoughts from time aboard the International Space Station, repeatedly mention the floury flatbreads.

“We filmed us opening up the unofficial bag and eating the tortillas. They were fantastic. Maybe the best tortilla I ever ate,” wrote one astronaut aboard the ISS, after discovering an extra bag hidden away. “I was told that there would be some in every food package and we get about two a week each. I want two a day,” wrote another.

It’s not just that tortillas hit a particular sweet spot for astronauts – a solid bread base for layering on fillings but not crumbly enough to risk damaging sensitive equipment – but in the vacuum of space, each meal really matters. “Any time a person’s normal sources of gratification are denied, food takes on additional importance,” says Jack Suster, a researcher who advises Nasa on the wellbeing of space crews.

Lack of tortillas aside, on the ISS, satisfying the crew’s meal requirements isn’t too hard. Multiple cargo deliveries every year mean that astronauts can request bonus items (beef jerky is a favourite), and crews of different nationalities often swap dishes for variety. But the current ISS food systems are only designed for missions of up to 12 months. When it comes to a Mars mission, which will take around three years, things aren’t so straightforward.

“We have a very limited mass and very limited volume on these missions,” says Grace Douglas, food technology scientist at Nasa’s Johnson Space Centre. This means Mars mission won’t have room for bonus items. For the astronauts that do end up heading to Mars, it’ll have to be standard menu all the way.

Douglas’ first concern is minimising the risk that the food spoils or astronauts end up with food poisoning on board. With a small crew, having one astronaut out of action for a while could be damaging to the mission, but if an illness spread between crewmembers in the cramped environment of the spacecraft, the impact on the mission could be huge.

To lower this risk, pouches of food such as macaroni and cheese or spaghetti are freeze-dried, and then astronauts add hot water on the ISS before they eat it. Food that can’t be freeze-dried, is thermostabilised to destroy any microorganisms that might be present. Right now, thermostabilised food is packaged, placed in a sterile chamber and heated with steam to over 100 degrees centigrade for 20 minutes.

This might not be enough to prepare food for a Mars mission. “In general nothing has a five-year shelf live, and for a mission for Mars we need a five-year shelf life,” Douglas says. There’s the added problem that blasting food with heat years before it’s ever eaten can lower both nutritional quality of the food and make it taste worse. To find the right balance between sterility, nutrition and taste, Douglas is experimenting with new kinds of moisture and oxygen resistant packaging as well tweaks to the thermostabilisation process.

Keeping the vitamin levels in food high is another big concern. Even in frozen food, vitamins slowly degrade as they react with oxygen, and in the depths of space, without a varied diet it would be easy for astronauts to miss out key vitamins. Tablets aren’t much of a solution, as they can degrade too and astronauts are more likely to forget to take a tablet than skip a meal altogether. “If you’re looking at a three-year mission you want to make sure there a vitamins in a whole variety of foods,” Douglas says.

And then there’s the other important bit about food: calories. Since astronauts’ skeletons are no longer supporting their bodies in the microgravity of the ISS, astronauts tend to lose bone and muscle mass over the course of their stay. To counter this, each astronaut spend about two hours every day exercising on the ISS’s treadmill, exercise bike or weight machine, but that means that they have to be eating calorie-rich food that can support this strict exercise regime.

For Douglas, this means designing a menu that contains a range of tasty and familiar foods that astronauts aren’t going to get bored of eating on a regular basis. A diet of Soylent-style shakes might fulfil their calorie and vitamin requirements on paper, but there’s no guarantee that astronauts would actually eat it. On the ISS, astronauts who didn’t like the food ended up losing weight because they weren’t eating as much as those who did enjoy the food. “Breakfast lasts about five days for us; we all eat the same [items] and don’t like the other stuff, so those are the two issues we cannot get around and just kind of make do,” wrote one astronaut in their journal.

Getting the food right is a key part of making sure the Mars mission is a success, says Stuster. When the astronauts are tens of millions of kilometres away from Earth, a familiar menu would provide a much-needed link back to Earth. To get an idea of how people might cope on a mission to Mars, Stuster studies the lives of people living in extremely isolated conditions on Earth – on oil rigs, supertankers and Antarctic missions. On Antarctic missions, Stuster found, people tend to eat for longer than they do at home, perhaps because it’s a relatively rare moment of normality in their otherwise isolated existence.

“There have been many examples in the expedition literature of people who fall apart under those conditions,” says Stuster. This will be particularly true of the four to six astronauts on the Mars mission, who will spend three years in extremely close proximity, with no chance for a break. “You know everything about them, you’ve heard every joke they have to tell and you know every annoying mannerism they might have,” he says, “and you can’t even look outside because the windows are blacked out.”

But in the cramped confines of the ISS, mealtimes are a rare occasion for astronauts to get together socially. “So far the three of us have had one meal per day together, and are settling into a comfortable conversational mode, talking a little about the day, joking about what we’re doing at the moment. We’ll see what happens when the others arrive,” wrote one astronaut. Other Nasa astronauts write about enjoying the Russian cosmonaut’s meals as a break from their own food.

Although Nasa is experimenting with regenerative food systems that may let astronauts grow certain items within the spacecraft, Douglas says there is no chance that they will rely on growing crops on Mars. The initial Mars missions will be focused on exploration, she says, and for that it’s vital that astronauts have ready to eat pre-packaged food instead of spending their time tending to crops. As Matt Damon’s character in The Martian found out, pinning your hopes on a crop of red-planet potatoes could go badly wrong. “If you are dependent on your crops growing and they don’t grow, that would be a huge problem,” Douglas says.

Want to know more about the future of food?

This week on WIRED, we’re celebrating all things food – from meatless meat to robot farmers. Get stuck in…

This edible bar of espresso is the work of Latvian biohackers